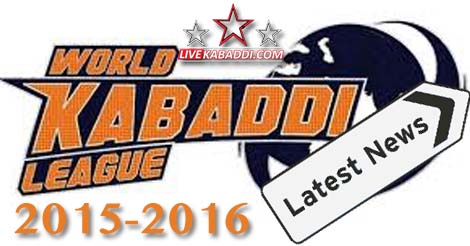 The 2015-2016 season of World Kabaddi League (2nd Season) will be held in February 2016. With a view to cutting down the costs, the organizers have scaled it down in terms of duration and venues. Unlike the first season which ran over the period of three and a half months. The second season will only be for 45 days in total and it will only be played in Punjab. Unlike last season all the matches will be played in different cities across Punjab.

According to the organizers they splurged a lot of money on venues and different cities. The league paid around Rs. 11 crore to a private entertainment channel as production chargers.