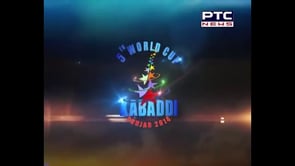 CHANDIGARH: Deputy chief minister Sukhbir Badal on Friday, finalizing the schedule for 5th World Kabaddi Cup 2014 from Dec. 6th to Dec 20th, announced that its semifinals would be played in Punjab province of Pakistan.

The names of teams likely to participate include Pakistan, Argentina, USA, UK, Scotland, Canada, Seora Leon, Spain, Kenya and Denmark in men discipline whereas in women category teams form India, Pakistan, New Zealand, Kenya, UK, Malaysia, Denmark and Mexico would participate. These teams would fight for the total prize money of Rs. 6.97 crore out of which title winners in men and women categories would get Rs. 2 crore and Rs. 1 crore respectively. Second prize of Rs. 1 crore would be given to Runner up to men team whereas in women category it would be Rs. 51 Lakh.
It was also decided to organize opening ceremony at Jalandhar whereas Bathinda would witness the sparkling closing ceremony. Besides that Jalalabad, Chohla Sahib, Sangrur, Hoshiarpur, Gurdaspur, Rupnagar, Khanna and Mansa cities have been selected for other kabaddi matches. He sough conduct of dope tests of players to ensure drug free world cup and also approved the amount of Rs 30 lakh for the same.

To promote traditional games of Punjab, Badal asked the sports department to prepare a proposal to start Punjab Rural Games from this year which would not only boost the sports culture in the state but also give impetus to tourism. With a view to promote desi kushti (traditional wrestling) in the state, Deputy CM directed the cultural and sports department to contact with Pakistan Iran and Uzbekstan governments to send their wrestlers to India as Punjab has a great potential in this game.