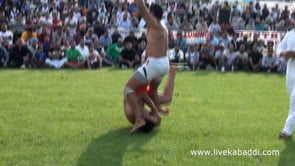 Final match at the Richmond Kabaddi tournament was a re-match of last week between Young Vs. Azaad & Abbotsford team. The combine team of Azaad and Abbotsford was able to win last week, but with the addition of Dulla California Young was the winner of this cup
Best Stopper: Mangi Baggapind with 6 stops(Watch Mangi’s interview here)
Best Raider: Dulla California with 22 pts on 22 raids (Watch Dulla’s interview here)